The summer Olympic games brought their fair share of new world records, great competition and heartwarming stories. Yet the biggest headline of these Olympics happened away from the field of competition, when decorated U.S. gymnast and multiple gold medal winner Simone Biles pulled out of multiple events over mental health concerns.

Speaking about the decision, Biles said “We also have to focus on ourselves, because at the end of the day, we’re human, too. So, we have to protect our mind and our body, rather than just go out there and do what the world wants us to do.”

Biles’ decision was met with mixed reactions – many praised her for having the courage to speak up in the face of so much pressure, while others called it crumbling in the face of adversity. These reactions shine a light on how we as a society view mental health and stigma in 2021. There’s progress being made in how many people are willing to talk about mental health concerns and acknowledge their legitimacy, with professional athletes often leading the way, but we still have lots of work to do. 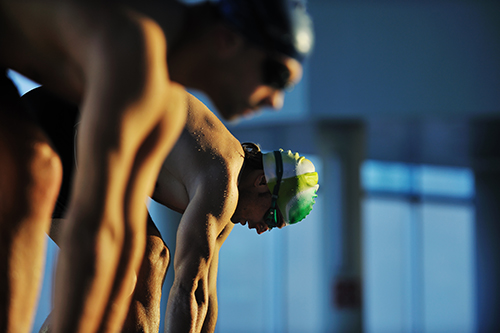 Biles is only the latest high-profile athlete to openly discuss her mental health. Michael Phelps, the most decorated U.S. Olympian of all time, has shared his struggles with depression and admitted to having suicidal thoughts. “For years I stuffed my emotions away because I couldn’t show that weakness or that vulnerability,” said Phelps. “As an athlete, it’s challenging, especially for a male. We’re supposed to be big and strong and macho, not somebody who struggles with their emotions.”

Phelps’ comment about being expected to be macho and not show weakness may sound familiar to those working a career in construction. Historically, the industry has had a culture that encourages people to “suck it up” or “deal with it” – anything to get the job done. Similar to athletes, construction workers are expected to perform physically demanding jobs and show up day after day even if they aren’t feeling 100 percent. The constant pressure to perform under physical and mental stressors can be challenging. Factors like long work hours, long commutes, time away from family and friends, job insecurity or life events like a divorce or the death of a family member can all contribute to stress and lead to poorer mental health. Over time, these stressors can trigger or worsen anxiety, depression and other serious mental health disorders.

In recent years, many other pro athletes have been candid about the toll of untreated anxiety and depression. Examples include NBA star Kevin Love, who talks openly about his battles with anxiety and depression, San Francisco Giants outfielder Drew Robinson, who shared the details of a 2020 suicide attempt and his recovery process as well as NFL players Adam Thielen, Solomon Thomas and D.J. Chark.

In all of these examples, feelings of shame and not wanting to burden others with their problems kept them from speaking up sooner. The stigma surrounding mental health issues, particularly fear about how family and teammates would react, led them to suffer alone, sometimes for years. “If you come out and you speak on it, first thing is ‘He’s weak,’” said Chark, who struggles with anxiety. 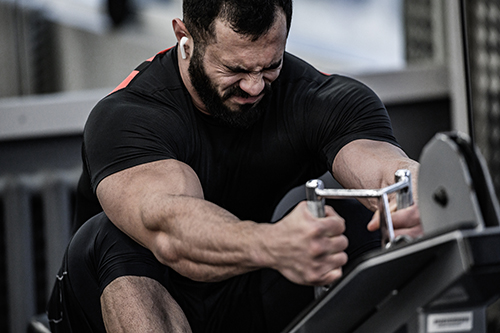 It isn’t easy for most people to open up and talk about their feelings at the best of times. It’s especially difficult if people fear their family, friends or coworkers will judge them for doing so. When players did eventually speak up, they found a surprising amount of support from teammates. “Just know you’re not alone. Once I opened up, I found people who I’m able to have a conversation with, guys ... who I never thought I'd have a conversation with.”

Athletes are showing it’s possible to acknowledge mental health issues, get treatment for them and continue to be productive members of a team. Better relationships with spouses, kids and friends are possible too. Those same breakthroughs can happen for construction workers and all workers struggling with mental health issues. The first steps to making that a reality are treating mental health illnesses like physical illnesses and showing empathy when someone speaks up. Both research and common sense tell us that improving awareness and education around mental health issues can lead people who need help to ask for it.

For many people, symptoms of anxiety and depression remain mild or fade over time. For others, symptoms can worsen and lead to more serious cases of depression, self-harm, other risk-taking behavior or suicide. The suicide rate in the construction industry is four times higher than average, making construction workers among the most at-risk workers for suicide if mental health issues go untreated.

“I've seen firsthand how many athletes, how many humans are struggling just like I am,” said Phelps. “The reason I’m still here today is because I’ve opened up and talked about things that are hard to talk about.”

If you or someone you know is struggling, know that it’s okay to speak up. SAMHSA’s National Helpline (800-662-HELP) can connect you or loved ones with treatment services and provide more information. And if you or someone you know is having thoughts of suicide, we urge you to call the National Suicide Prevention Lifeline at 800-273-8255 or text HOME to 741741 to connect with a crisis counselor at the Crisis Text Line. In Canada, contact Crisis Services Canada by calling 833-456-4566 or texting 45645. Visit the National Suicide Prevention Lifeline’s site for more information on how you can be there for someone who is hurting, keep them safe and help them get connected with help.