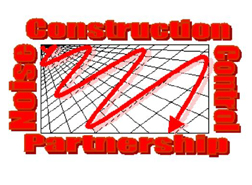 The meeting began with introductions and an overview of the Partnership and our previous two meetings in 2000. Next handouts were passed out and reviewed including: 1) Draft agenda, 2) Minutes from the 11-17-00 meeting, 3) Charges for each of the three workgroups, 4) an article from the Durham, NC Herald (Jan 18, 2001) on noise ordinances restricting construction work in Carrboro, NC, and 5) an article on Ergonomic Hearing protectors from the Fall 2000 magazine Ergonomics In Design on the benefits of flat attenuation hearing protectors.

We then passed out copies of the new OSHA record keeping standard for hearing loss (1904.10) which requires that hearing loss be recorded on a separate column on the new OSHA 300 forms. OSHA representatives talked about how the rule was currently on hold as it is reviewed by the new administration. They were then asked about the status of the Advance Notice of Proposed Rulemaking (ANPR) on hearing conservation for construction. That notice is also on hold in the DOL Solicitor’s office.

Scott Schneider summarized the Charges to the Work Groups as follows: The Measurement WG’s goal is creation of a standardized measurement methodology for creation of a database of noise measurements to allow comparisons between pieces of equipment or categorization to show which equipment is quieter for purchase and rental decisions. The Best Practice WG is intended to create a practical guide that will really be useful to contractors in reducing noise on their sites, both for workers and the public. This has to include a strong introductory rationale explaining why this is needed/important. The Communications WG will be working on a communications strategy to let people know about our efforts and generally raise the public profile of this issue.

We then broke into work groups for about 1 ½ hours and reconvened for a report back session.

Ken Hoffner of the Best Practice WG reported that their group had discussed the audience for the guide. All of the following could be audiences: contractors, project managers, safety and health managers, equipment manufacturers, and employees/workers. The guide needs to explain why noise control might be in the contractor’s interest such as OSHA requirements, owner specifications, community noise ordinances, improving job safety (e.g., improved communications), and any cost rationales. The guide should include a list of noisy equipment and simple solutions. There will be a template for each example including noise levels, specific controls that can be used and other more general controls that would be useful. It would also include information on hearing conservation, hearing protector use and the need for audiometric testing.

Chuck Hayden of the Measurement WG reported on their discussions. They discussed development of draft protocols to measuring worker exposures with a focus on engineering controls. Extensive documentation will be needed for field measurements for comparability. Lab measurements will probably make use of ANSI protocols. Exposure measurements will be task-based. Bystander exposures will also be measured. Measurements will be A weighted sound power levels. The purpose will be to assist contractor sin choosing quieter equipment, motivate manufacturers to make quieter equipment and allow workers to work with employers to quiet sites.

Scott Schneider summarized the discussions of the Communications WG. The group outlined a three phase strategy- communicating that 1) we exist, 2) report on our activities and 3) report on our progress and products. We talked about the need to explain to contractors why this was important. We will be drafting articles for trade publications, working with outreach efforts like the League for the Hard of Hearing’s International Noise Awareness Day in April, finding success stories of contractors who quieted their sites, developing a web page and a PowerPoint presentation about he Partnership, and creating tool box talks for workers. The main message we will promote is: 1) Construction is noisy, 2) Noise hurts, 3) Solutions exist, 4) Not all solutions are expensive and 5) the CNCP has been formed to work on solving this problem and you should join us. We will also look into activities in conjunction with the ICUUE conference in September 2001 and CONEXPO in March 2002.

After the report backs we discussed plans by CPWR and Chicagoland CSC to host a joint National Conference in May 2002 in Chicago. We have volunteered to help organize the Noise portion of the conference, perhaps similar to the all day Silica mini-conference held this year which Don Garvey organized. It was suggested that this session should focus on success stories showing contractors who had controlled noise on their sites, how they did it and why.

Plans were discussed for our next meeting, probably during the summer, probably in Washington, DC.

Back to CNCP page

Back to NOISE page