By 2016, the Latino American workforce will reach nearly 27 million. 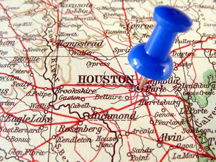 A National Action Summit for Latino Worker Health and Safety convenes in Houston April 14 -15. Both OSHA and NIOSH are sponsoring this event. The purpose is to raise awareness among Latino Americans of their workplace rights.

Employer associations, safety and health professionals, government officials and labor unions are among those meeting to stem the rising tide of workplace injuries and deaths suffered by Latinos who toil in hazardous industries such as construction. The LIUNA Tri-Funds are Summit co-sponsors. Tri-Fund representatives will be on hand and are organizing a health fair for workers.

“The focus is on action,” says LIUNA General President Terence M. O’Sullivan. “With strong OSHA leadership and such broad participation, the Summit could mark a turning point in workplace rights for Latino Americans.”

Hidden Crisis at the Jobsite:

Employment opportunities bring Latinos to the U.S. and Canada.  Sometimes those same opportunities get them killed in disproportionate numbers.

Bureau of Labor Statistics (BLS) data mask a troubling trend. For most workers, they indicate that earning a paycheck has never been safer. Between 1992 and 2007, work-related fatalities in the U.S. dropped nine percent. However, at the same time, the number of Latino Americans who died at work jumped by 76 percent.

Moreover, research complied by the National Council of La Raza (NCLR), a civil rights and advocacy organization, shows that Latino Americans are more likely than their white and African American peers to die from work-related injuries. The occupational fatality rate for Latino workers is 21.1 percent higher than for white workers and 17.9 percent higher than African American workers. At 4.6 deaths per 100,000 workers, the Latino worker fatality rate surpasses that of many developing nations. Construction work is particularly hazardous for Latinos. While they make up nearly one quarter of the industry’s workforce, they suffer almost half of its fatalities.

Many Latinos come to North America impoverished, speaking little or no English. Some are poorly educated, with low job skills. Uncertain legal status – nearly 12 million undocumented individuals reside in the U.S. (about three-quarters are Latino) and another 200,000 live in Canada – makes Latinos vulnerable to unscrupulous employers.

Often hired to do the most dangerous jobs, they receive little if any safety training.  Frequently retained as “contract workers,” they are ineligible for workers’ compensation and unemployment insurance. If they are undocumented, they cannot accumulate toward social security, and employer-sponsored retirement plans are not accessible. Two in five do not earn sufficient wages to stay out of poverty and barely half have health insurance.

Representing over 500,000 workers in the U.S. and Canada, most of whom work in the construction industry, the Laborers’ International Union of North America (LIUNA) is particularly concerned with the plight of Latino workers.

“Immigration laws must be changed to stop the race to the bottom of bad employers who pay low wages, avoid taxes and violate safety regulations,” says LIUNA General President Terence M. O’Sullivan. “A way must be found for undocumented workers to earn legal status. We also need more vigorous enforcement from OSHA and more bilingual inspectors. When one group of workers is exploited, safety and performance are jeopardized for everyone.” 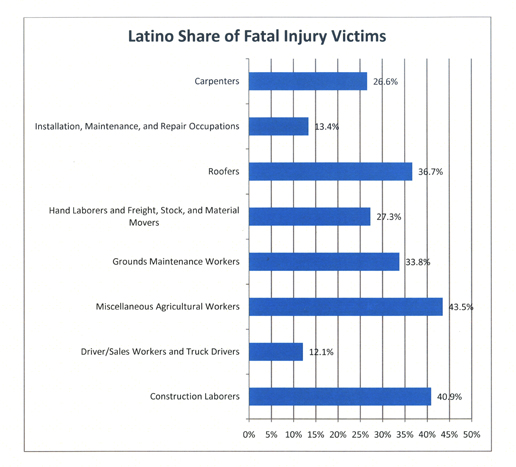 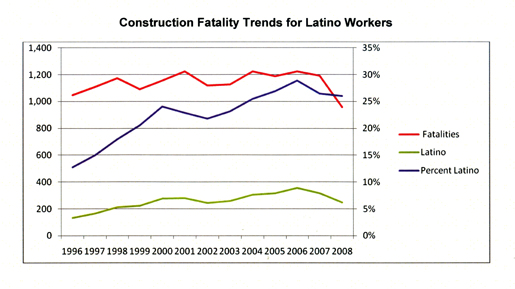