It’s been clear for a while now that the opioid epidemic is having an alarming impact on construction workers. There are several reasons for this, but a major one is that year after year, construction continues to rank among the most dangerous occupations. Serious injuries are often treated with prescription painkillers, putting construction workers at risk for opioid dependence, addiction and even death. 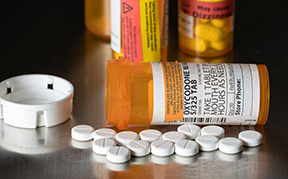 Until recently, it has been difficult to put a number on that impact. We have known construction workers were at greater risk for opioid misuse than other occupations – but how much more, exactly? In our March issue, we shared data showing that construction workers in Ohio were seven times more likely to die of an opioid overdose than workers in other professions.

While this study only covers Massachusetts, prescription opioids are a serious risk for all construction workers and any worker who is at risk for injury on the job. The progression from opioid use to dependence to abuse is real and well-documented. 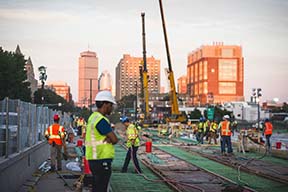 It’s difficult to understand the scope of 1,096 construction workers dying from opioid overdoses in Massachusetts between 2011 and 2015 without context. Unfortunately, here at the LHSFNA we often find it necessary to report about workplace fatalities. Analyzing this data can provide insight on safety initiatives that are working or warn of emerging trends when fatalities spike. Our experience analyzing workplace fatalities made the scope of the opioid problem in construction immediately apparent. For comparison, there were 69 construction workers killed on the job in Massachusetts between 2011-2015. That number includes workplace fatalities like falls, electrocutions and being struck by objects, among others. Compare that number to the 1,096 construction workers who died from opioids during the same timeframe. That means in a five year span, 16 times more workers died from opioids in Massachusetts than from all other causes of workplace deaths combined.

In the case of a pervasive problem like falls, contractors erect guardrails, cover floor openings and make use of personal fall arrest systems. To prevent trench collapses, contractors slope the excavation or use trench boxes as shielding to protect workers. Unfortunately, such tried-and-true solutions don’t yet exist to stop a complex opioid crisis that’s taking a drastic toll on construction workers and their families.

The Factors Contributing to Overdoses

There are many factors driving the opioid epidemic, and although some are currently outside the control of the construction industry, others can be directly affected by cooperation between labor and management. The MDPH report lists several reasons why construction workers are at such high risk for opioid abuse and overdose compared to other workers: 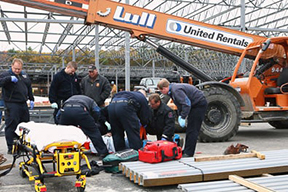 Acknowledging, understanding and finding solutions for these factors will be critical to reducing opioid deaths in construction. Some of those solutions may be expensive or require people to step out of their comfort zone. But the alternative is much worse, because opioids are currently killing many more construction workers than jobsite hazards. If 1,096 workers in Massachusetts died from falls instead of opioids in five years, what level of resources, training and awareness would be committed to reversing that trend? We should treat the opioid problem in construction the same way.