Construction sites are often considered dangerous places due to the potential hazards present and the fast-paced, constantly changing work environment. Workers receive training to recognize and avoid the most common hazards associated with their job tasks. However, construction workers are seldom taught about the dangers transmitted by pests like ticks, mosquitoes and fleas.

In the U.S., ticks infect more humans and domestic animals with diseases than any other pest, even mosquitoes. Because ticks are small (some no bigger than the tip of a pen), they are often overlooked, despite their ability to pass along dangerous, potentially life-threatening illnesses. Here in the U.S., ticks are notorious for the spread of Lyme disease, which can cause nausea, chills, fever, neurological problems and even death.

While the deer tick (also called the blacklegged tick) gets most of our attention, a new invasive tick species has recently been found in New Jersey, Arkansas, Virginia and West Virginia. This species, known as the East Asian or Longhorned tick, is native to East Asia, New Zealand, parts of Australia and several Pacific islands. Health officials aren’t sure how this tick entered the U.S., but are concerned about its ability to multiply without mating and its resilience to extremely cold temperatures. 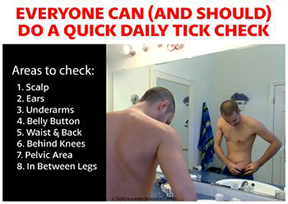 Once a person is infected with SFTSV, it can be transmitted from person to person through contact with an infected person’s blood or mucous. Workers at risk for SFTSV include those working in rural areas, workers with high levels of interaction with animals or those attending to patients with SFTSV. Although the Longhorned tick has been found in the U.S., so far there have been no confirmed or documented cases of SFTSV in the U.S.

SFTSV poses a threat to public health due to its wide range of animal hosts and its ability to cause severe infections in humans, especially in the elderly. There is currently no vaccine available to prevent the spread of SFTSV. Current treatments include the use of Ribavirin, an antiviral drug used to treat chronic viral infections, as well as steroids and plasma exchange. Initial studies indicate a higher mortality rate in patients 50 years and older, suggesting susceptibility to SFTSV may vary depending on several risk factors, including patient age and immune status.

Workers are encouraged to be vigilant in protecting themselves from all tick-borne diseases by following these steps: