“The newest members of the LHSFNA’s Board of Trustees, Raymond F. Pocino and David Rampone, arrive with a wealth of expertise that will benefit our Fund,” says LHSFNA Management Co-Chairman Noel C. Borck. “We value their perspective and look forward to their input. We’re excited to have them involved.”

The new trustees formally assumed their duties at the Board’s December 12, 2012, meeting.

Pocino, of Lawrenceville, NJ, has been a member of LIUNA for more than 50 years. His membership in Local 172, which he joined in 1956, includes four successive terms as president and business manager. A LIUNA Vice President and the Eastern Regional Manager, Pocino oversees the careers of the 40,000-plus Laborers who live and work throughout New Jersey, Delaware, New York City and Long Island. 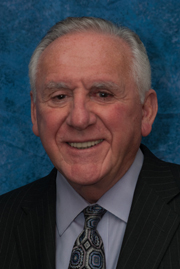 As a LIUNA Vice President, as a trustee of the Laborers-Employers Cooperation and Education Trust (LECET) and now as a trustee of the LHSFNA, Pocino works to encourage economic development, maintain competitiveness of union construction and assure the health and safety of the rank-and-file. As Eastern Regional Manager, Pocino established the Laborers’ Eastern Region Organizing Fund (LEROF). Doing so launched the first regional organizing arm of LIUNA.

Outside of his work for LIUNA, Pocino is a commissioner to the Port Authority of New York/New Jersey, a commissioner and former chairman of the New Jersey Turnpike Authority and vice chairman of Choose New Jersey, an independent, privately funded non-profit that promotes New Jersey’s investment and business opportunities. He is a trustee for NJ SEED, a non-profit that seeks to improve education for low-income youth and also for the non-profit New Jersey Alliance for Action, which advocates for the state’s investment infrastructure.

Pocino is a recipient of numerous awards that are testament to his many contributions to the construction industry and to his community. These include the A. Philip Randolph Institute’s Labor Award, the Alliance for Action’s Eagle Award for Leadership, Construction Man of the Year by the Building Contractors Association of New Jersey, Labor Leader of the Year by American ORT, New York City Chapter and Labor Leader Honoree by the Newark Catholic Archdiocese.

David Rampone is President of Hart Engineering Corporation, a major Rhode Island construction firm that works all over New England. The family owned and operated business, which provides design, engineering and contracting services to the pharmaceutical, bio-tech, chemical, industrial, wastewater and power generating industries, is located in Cumberland, RI. 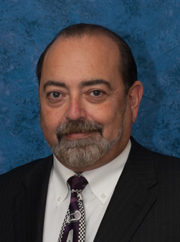 Integral to Hart is community involvement which includes the sending of employee-donated care packages to U.S. military troops in Afghanistan, a food drive at Thanksgiving, a toy drive during the holiday season and an annual blood drive. In addition, the Rhode Island School for the Deaf, Hasbro Children’s Hospital and Miriam Hospital are beneficiaries of Hart corporate sponsorships.

Rampone began his career at Hart as a project manager in 1978, the same year that he graduated from Boston University with a Bachelor of Science Degree. Moving up the company ladder, he was named Vice President of General Construction Operations in 1984, Executive Vice President in 1992 and President in 1994.

In addition to overseeing Hart operations, Rampone is a management trustee of LIUNA’s New England Tri Funds, Vice Chairman of the RI State Apprentice Council and a management trustee of both the RI Carpenters Union Fund and the UA Local 51 Pension Fund. He is also an AGC National Life Director, President of the RI AGC, member of the AGC National Union Contractors Committee and a Miriam Hospital Foundation trustee.

Joseph C. Fowler, Jr. An Officer, a Gentleman and a Laborer November 3, ...