On 20th Anniversary of 9/11 Attacks, Scars Linger for Responders, Workers and Survivors

If you are old enough to remember the terrorist attacks of September 11th, 2001, you likely remember exactly where you were that day when you turned on the TV or heard the news. The tragic events at the World Trade Center in New York, the Pentagon and in Shanksville, Pennsylvania shook the U.S. and millions around the world. The attacks, which led to a cascade of events that included the U.S. invasion of Afghanistan and the eventual death of Osama bin Laden, have done more to shape U.S. foreign policy than any other event over the last two decades, and continue to echo today.

Here in the U.S., the impacts were immediate and far-reaching. Thousands of lives were lost, including six LIUNA members who were working on a construction site near the blast, and thousands more survivors and family members of the victims had their lives forever changed. Within days, first responders began a traumatic and heartbreaking recovery effort. And thousands of workers – many of whom were LIUNA members – participated in cleanup work in the weeks and months that followed.

“When their help was needed, the brave men and women of LIUNA showed up and got to work,” says LIUNA General President Terry O’Sullivan. “We count them among the police, firefighters, EMS personnel and other first responders whose heroic actions showed this country’s true grit and resolve during one of our darkest moments. We will never forget what they sacrificed and will always fight for the care and respect they deserve.”

It soon became clear that over 400,000 first responders, cleanup workers and survivors who spent time near the crash sites had been exposed to numerous toxic chemicals. The list of long-term, debilitating and sometimes deadly health conditions grew over time to include many types of rare cancers, aerodigestive disorders such as COPD and chronic laryngitis as well as mental health conditions like post-traumatic stress disorder (PTSD). Today, over 65,000 people have already developed an illness linked to their exposure that required medical care. A staggering 4,600 additional deaths have been linked to exposure to deadly toxins at the crash sites, with about one third of them caused by cancer.

Care and Compensation for Responders and Survivors

As the wounds caused by the 9/11 attacks slowly healed in the years that followed, many first responders, cleanup workers and survivors found themselves still fighting – fighting the long-term diseases that were now affecting their daily lives, and fighting for the medical care and compensation they desperately needed.

Finally, the 2010 passage of the James Zadroga 9/11 Health and Compensation Act established the September 11th Victim Compensation Fund (VCF) and the World Trade Center (WTC) Health Program. These vital programs would not have been possible without the efforts of the late Dr. Jim Melius, who served as the LHSFNA’s Director of Research and the Administrator of the New York State TriFunds until his passing in 2018. In his 2009 testimony to Congress, Dr. Melius detailed the health effects first responders and cleanup workers were experiencing and the challenges they were facing in receiving adequate medical care for their conditions.

Even after the initial passage of Zadroga, getting the medical care and compensation these men and women deserve was not always easy, and has often been fraught with obstacles and delays. Again and again, health experts and advocates like Dr. Melius had to prove that a growing list of conditions were in fact linked to the exposures that responders, workers and survivors experienced at the crash sites. In both 2015 and 2019, when certain aspects of the program were set to expire and funds were running out, it took renewed advocacy – including the high-profile support of former Daily Show host Jon Stewart – to convince Congress to extend the Zadroga Act and the VCF through 2090 and permanently fund them. 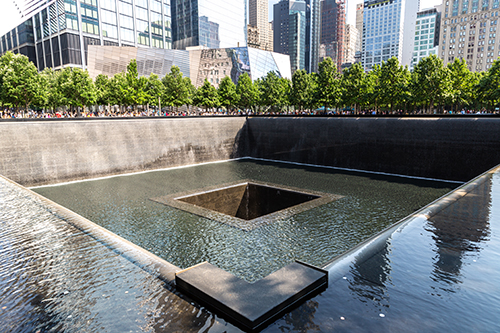 With funding for the VCF and the WTC Health Program no longer in doubt, the focus has shifted to where it belongs – providing treatment and compensation to those who qualify and improving the quality of the treatment being provided.

In our December 2020 article, A Decade of Treating LIUNA Members at the World Trade Center Health Program, Dr. Michael Crane, Medical Director of Mount Sinai’s WTC Clinical Center, spoke about the lifesaving medical monitoring and treatment services being provided to LIUNA members and others. Dr. Crane also spoke about the future of research and its importance for improving health outcomes for patients.

“More research is needed in many areas, but a particular focus is on emerging conditions, such as the long-term effects of PTSD. We’ve seen some evidence linking PTSD to increased prevalence of early cognitive impairment. There’s some evidence linking exposure to air pollutants to cognitive impairment as well. Understanding the long-term effects of these exposures and finding effective treatments is only becoming more important as this group ages.”

This month, as we remember those lost in the 9/11 attacks and honor their memory, let’s also take time to remember the thousands who sacrificed their health in the aftermath of the attacks. Many of them are unfortunately no longer with us. Others still are, and carry scars both physical and mental with them on a daily basis. On behalf of everyone here at the LHSFNA, we will never forget.

Does Everything Cause Cancer?

The Internet is full of warnings about everyday things that may or may n...