In September, the White House announced a set of initiatives to respond to the extreme heat being faced by workers and communities across the United States. A Department of Labor press release gives more details about these measures and how they will drive action across the agency and at OSHA.

“Millions of workers face serious hazards from high temperatures both outdoors and indoors. Amid changing climate, the growing frequency and intensity of extreme heat events is increasing the dangers workers face, especially for workers of color who disproportionately work in essential jobs in tough conditions,” said U.S. Department of Labor Secretary Marty Walsh.

Some of the initiatives will have an immediate effect and others won’t be finalized for several months or longer. Together, they send a strong message that the Department of Labor is serious about reducing high-heat hazards for both outdoor and indoor workers. Let’s take a look at each initiative in more detail. 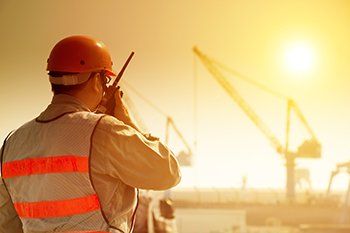 Because there is currently no federal OSHA heat standard, the enforcement initiative directs OSHA officers to issue citations under the general duty clause. It also notes that existing standards on personal protective equipment, sanitation, first aid and recordkeeping may apply.

Where there’s no specific standard to follow, it can sometimes be difficult for employers to determine what will amount to a violation under the general duty clause. That’s not the case here, as the interventions OSHA expects to see are clear. OSHA encourages employers to proactively provide breaks for water, rest and shade as well as train workers how to identify the symptoms of heat illness and monitor workers for these symptoms.

OSHA is also preparing to launch a national emphasis program on heat illness in 2022. Like other recent NEPs on COVID-19, silica and trenching, this program will target industries where workers are at higher risk for the hazard, which will certainly include construction. OSHA’s Region VI, which covers Arkansas, Louisiana, New Mexico, Oklahoma and Texas, already has a regional emphasis program for heat illness, and it’s likely the national program will mirror its scope, inspection process and outreach efforts.

Beginning the Rulemaking Process for a National Heat Standard

The biggest news is that in October, OSHA will issue an advance notice of proposed rulemaking for a federal standard on heat illness that will cover both outdoor and indoor workplaces. This advance notice is the first step in the formal rulemaking process and will initiate a comment period that allows OSHA to gather feedback from stakeholders.

This marks a significant step towards a federal heat standard. Only a few months ago, it appeared we would have to rely on individual state programs and emergency standards to protect workers from more frequent high-heat conditions across the U.S. Now, it’s very likely the next federal OSHA standard that impacts the construction industry will be on heat illness. We’ll continue to cover the rulemaking process and progress toward a final standard in future issues of Lifelines.