Protecting Your Sexual Health Is Nothing to Be Shy About

Fear and embarrassment can sometimes keep people from getting medical care and that can be especially true when it comes to sexually transmitted diseases. For example, nobody likes to talk about chlamydia, gonorrhea and syphilis. However, the Centers for Disease Control and Prevention (CDC) reports that Americans were infected with more than two million new cases of these three diseases in 2016. That’s the highest total ever recorded.

STDs don’t always have obvious symptoms, or may have symptoms like itching or burning that can be mistaken for something less serious, making them easy to ignore. Without testing, it’s possible for someone to be unaware they have an infection. This is why the CDC recommends health care providers make STD screening a standard part of medical care for sexually active men and women. When treated promptly with appropriate antibiotics, many STDs can be cured, and all of them can be treated.

Consequences for Both Adults and Children 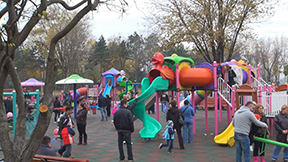 Data from California’s Department of Public Health shows what can happen to men, women and infants when STDs go untreated. Last year, 30 of the 278 babies affected with congenital syphilis were stillbirths. Congenital syphilis occurs when a pregnant woman with syphilis passes the infection to her fetus. Infants born with congenital syphilis can suffer a range of conditions, including deformed bones, anemia, blindness and deafness. According to the CDC, up to 40 percent of babies born with congenital syphilis are stillborn or die shortly after birth. These tragedies are not the only complications when syphilis, chlamydia, gonorrhea and other STDs go untreated. Men and women can develop chronic pain and fertility issues. Women with chlamydia or gonorrhea can develop pelvic inflammatory disease and are at increased risk for a life-threatening ectopic pregnancy if they become pregnant. STDs that go untreated can also increase risk for HIV. 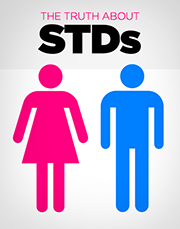 Unfortunately, two million new cases of these three STDs in a single year in the U.S. only begins to paint the true picture of the STD epidemic. Under current CDC guidelines, most of the approximately 20 different infections known to be spread through sexual contact do not have to be reported to health departments. For example, chlamydia, gonorrhea and syphilis are notifiable diseases, but genital herpes is not. The CDC estimates there are more than 20 million new cases of STDs every year. Health care experts say the biggest hurdle is getting someone who might have an STD to seek medical attention.

“Unfortunately, STDs carry enormous stigma in this country, and it’s hard for people to come forward for treatment,” said David Harvey, executive director of the National Coalition of STD Directors. “Ironically, HIV is an STD, but we have a very visible community who advocates and works to tell stories about the impact of HIV on people’s lives. We don’t have that going for us with gonorrhea, syphilis and chlamydia. We need a network of voices that say it’s OK to get help.”

If you are sexually active, taking care of your sexual health, including always practicing safe sex and getting screened for STDs, is an important aspect of your overall health. It also helps protect the health of your loved ones, including any children you plan to have. STD screening can be done discreetly. The CDC website provides information on STDs, including who should be screened, how often and where to find testing in your area that is fast, free and confidential.