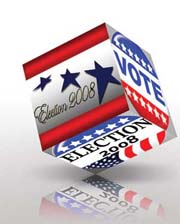 Since most Laborers and their families have health care benefits provided by employer contributions to LIUNA health and welfare funds, why should they be concerned with the presidential debate over health care reform?

“The two candidates have starkly different approaches,” explains LIUNA General President Terence M. O’Sullivan, “and the choice will have a significant, long-term impact on all of us in the union sector.”

The bottom-line issue in health care is its steadily rising cost. This affects LIUNA members and signatory employers in contract negotiations, in de facto support of employers who do not provide insurance (through higher rates at hospitals and other providers) and in greater costs for Medicare and other government health programs that are supported by tax revenues.

The good news is that the government, because it is such a big health care payer, has a strong interest in saving money by reforming the health care system, and the issue is a top concern of voters as well. But the two Presidential candidates offer sharply different approaches.

”For the last two or three decades, we’ve allowed the market free rein…it’s time for a change, and that’s why LIUNA supports Obama.”

Obama wants the government to assert more direction over the health care marketplace and cites statistics to show that a handful of large insurance companies dominate the market. Left to its own devices, he says the market does not ensure coverage for all nor adequate preventive care to hold down long-term costs.

Modeled on the program currently available to members of Congress, Obama’s proposal would create a new national health care plan to provide essential medical services – including preventive, maternity and mental health care – to anyone who wants coverage, regardless of existing conditions. Parents would be required to get coverage for all children to ensure proper preventive care early in life. Through new employer contribution requirements and federal support, prices would be low enough so that most Americans could buy in. Anyone who makes too much for Medicaid but still cannot afford the new program would qualify for an income-pegged federal subsidy. Large non-union sector employers that do not contribute meaningfully to their employees’ insurance would be among those required to contribute a percentage of their payroll toward the cost of the national plan.

Obama would also create a new entity, the National Health Insurance Exchange that would act as a watchdog group to help reform the private insurance market by creating rules, standards of fairness and more transparency for purchasers of private health care coverage. The Exchange would require all insurance plans to be at least as generous as the national plan and to meet the same standards of quality and efficiency.

Obama’s plan involves a more activist government agenda in health care reform and would likely require additional federal financial support. Though he stresses that 95 percent of Americans would get a tax cut under his Administration, he would roll back the temporary tax cuts for the wealthy that were advanced by the Bush Administration.

McCain wants the health care insurance market to do the work. To drive that process, he would encourage the uninsured to buy their own policies by providing a $5,000 tax credit to all families ($2,500 to individuals) “to offset the cost of insurance.” His site is not specific about how the credit might work for those with employer-provided health care. According to health care and tax analysts, however, his plan would repeal the tax exemption on employer-provided health care, meaning Laborers would have to pay taxes on the value of their health benefit. The amount of tax increase can be estimated by multiplying $12,100, the 2007 average cost for a family of four, times the rate of a Laborer’s tax bracket.

By edging the employer out as a middleman in the market, McCain hopes to promote more conscientious health care consumers and tax fairness. His plan would not require any additional spending by the government or the private sector, but it does not directly provide any additional coverage for anyone.   Whether the uninsured would achieve coverage would still depend on their ability to pay for it and earn the credit against their eventual tax bill.

Another broad issue in health care is access to covered care, due to the widespread insurance industry practice of denying coverage or charging much higher premiums to individuals with serious medical conditions. Because of McCain’s reliance on market-driven solutions, critics charge that his plan will not help these people.

Obama voted in favor of the Children’s Health Insurance Program to cover more uninsured children while McCain voted against it. McCain also opposed efforts which Obama supported to allow Medicare to negotiate for fair drug prices.

“For the last two or three decades, we’ve allowed the market free rein,” says O’Sullivan, “and it’s clear that, by itself, it doesn’t do an adequate job. We need government involvement to ensure fairness and accountability for the greater social good. The insurance industry, the big corporations and the country’s wealthy elite can afford more, and Obama has a plan that will make a real difference. It’s time for a change, and that’s why LIUNA supports him.”

More Affordable Hearing Aids Are on the Way

About 30 million Americans experience some level of hearing loss, but on...

Abortion is a controversial and politically charged topic, with people o...

What the “No Surprise Act” Means for Consumers

In July, the U.S. Department of Health and Human Services (HHS), the U.S...

As the COVID-19 vaccination rollout continues throughout the U.S. and Ca...