Years ago, when I was first starting my career in occupational health, there was a concept being promoted called Industrial Hygiene without Limits. It was based on the idea that permissible exposure limits (PELs) were no friend to exposed workers. The argument was two-fold: 1) there was no magic number where negative health effects began for workers and 2) OSHA’s PELs for most chemicals were outdated, and at times obsolete, since they were established in 1971 when OSHA was created and based on research conducted primarily in the 1950s and early 1960s. 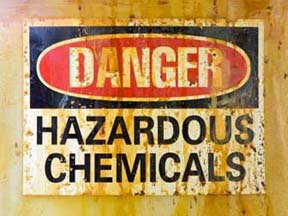 The belief was that controlling exposure to levels as low as possible was preferable to looking at instruments and comparing numbers to an OSHA standard or PEL. Industrial hygienists (IHs) were encouraged to spend more time observing the work process, instituting and checking control measures and talking with workers to have a bigger impact on worker health.

In 1989, OSHA tried to rectify their outdated PELs by updating or revising 376 of them. They claimed this would provide additional health protections for over 21 million employees and eliminate 55,000 occupational illnesses and 683 deaths each year. However, in 1992 the 11th Circuit Court of Appeals ruled that OSHA did not sufficiently demonstrate that the new PELs were necessary or feasible. The Court’s decision forced OSHA to return to the original 1971 limits. That is where we remain today.

Even though OSHA wasn’t allowed to update its PELs, it doesn’t mean the agency was wrong that the PELs were outdated. Since then, new information continues to indicate that in most cases these early exposure limits do not adequately protect workers. OSHA’s sister agency, the National Institute for Occupational Safety and Health (NIOSH), has recommended non-binding exposure limits for 667 hazardous substances. Many IHs and other safety and health practitioners prefer and recommend these levels when providing worker protection recommendations. In addition, the American Conference of Governmental Industrial Hygienists (ACGIH) has developed hundreds of exposure limits, known as threshold limit values (TLVs) that are more protective than OSHA PELs. Many forward-thinking companies here in the U.S. choose to use these TLVs or other internal, more protective limits.

This year, at the American Industrial Hygiene Association’s (AIHA) Donald Cummings Memorial Award lecture, Mark Stenzel argued that there is a tendency for employers and IHs to rely too heavily on a small number of tightly controlled samples to characterize exposures. IH sampling is usually collected over one or two days, with peak exposures usually missed or discarded as outliers. Variations due to season or production schedules are not usually factored in. This can be a failure for workers because this type of sampling – comparing a small number of samples to outdated exposure limits – rarely leads to recommendations for worker protections. “No violations of OSHA standards were found” is a common refrain. As safety and health professionals, we should be wary of “clean bill of health” designations and statements that concentrations of various substances were found to be well below any legal or OSHA standard.

Even with OSHA’s current PELs established as law, an unacceptable number of workers in a wide variety of occupations and industries are exposed to chemicals at levels known to cause serious health effects. In most cases, feasible methods are available to reduce these exposures. It is better to assume that workers are overexposed and look for opportunities to institute engineering and work practices controls.

In construction, if we look at Table 1 of the OSHA silica rule as an example, employers are required to control exposures at the source using tools with integrated water or local exhaust ventilation controls. Compliance is not dictated on the results of a single sample by an IH and everyone from a construction laborer to a project manager can determine compliance at a glance. With safer tools being used correctly, exposures are reduced to as low as possible – often far below the PEL.

The ANSI/ASSP A10.46 voluntary consensus standard for Preventing Hearing Loss in Construction and Demolition recommends a similar approach, where noise levels can be assumed based on objective data. It is much harder to protect against noise without personal protective equipment (PPE) because noise controls in construction are not as effective as dust controls. However, the fact remains that employee protection is not based on IH sampling results, but on work practices.

There is a substantial body of scientific evidence supporting the need for change. In the application of science, occupational safety and health professionals need to be more artful and not as reliant on outdated federal mandates in our effort to protect workers. OSHA only sets the minimum safety and health requirements to protect and keep our important workforce healthy.