What is Essential Health Care?

The uproar over new recommendations that question cancer screening guidelines for women– when and how often to have mammograms and Pap smears – illuminates issues that will be faced again and again in the struggle to contain health care costs.

Late last year, the U.S. Preventive Services Task Force (USPSTF) and the American College of Obstetricians and Gynecologists (ACOG) suggested raising the age for regular screenings for breast and cervical cancer and lengthening the time between follow-up tests. 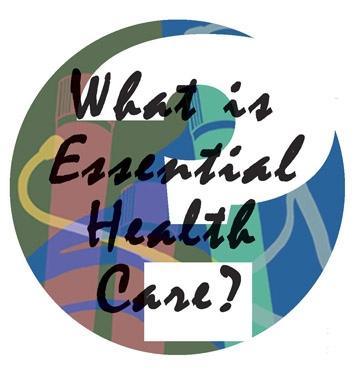 These groups say current guidelines are excessive and subject women to false positives, unnecessary biopsies and complications; unneeded radiation from mammograms and injuries to the cervix that can lead to problems during pregnancy.

The USPSTF advises women to wait until age 50 before receiving their first mammogram, as opposed to age 40, and to be screened every two years instead of annually. The task force also suggests women discontinue mammograms when they reach age 75 and to stop self-examination. The task force says self-exams are not useful in detecting breast cancer, but do cause anxiety followed by unnecessary, costly tests.

The ACOG says cervical cancer screening – the Pap smear is the key tool – should begin at age 21 instead of 18. The organization also says women in their 20s with normal Pap smear results should be tested every two years instead of annually and that women in their 30s can wait three years.

The recommendations are causing controversy. The American Cancer Society (ACS), the Society of Breast Imaging (SBI) and the American College of Radiology (ACR) oppose reduction in the administration of mammograms. The Pap smear guidelines are not generating as many headlines, but are also attracting criticism.

If adopted, the impact of these recommendations extends beyond the female population. The nation spends billions of dollars every year on diagnostic measures related to these and other cancers because, as in the case of all diseases, cancer is more survivable when detected in its early stages.

The question is what are essential health care expenditures? Should there be limits on tests and treatments? Are current norms in disease prevention overly precautious and wasteful rather than proactive and cost-saving?

Already, private health insurers, Medicare and Medicaid establish limits through their policies, and a chief complaint about the nation’s present system is the failure of insurance companies to approve treatments in certain situations.

Controlling expense without jeopardizing quality is vital to extending health care’s reach to both the uninsured and the underinsured. Expect continued debate.