Who Cares about Occupational Safety and Health?

As the economy has moved away from manufacturing and into white collar jobs that are relatively safe, interest in occupational safety and health – which spurred the passage of the OSHA Act in 1970 – has waned. 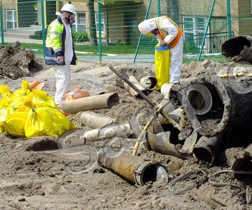 Yes, many jobs – particularly, in mining and construction, logging and fishing – remain dangerous, though they are safer than in the past. But the general public is removed from these concerns.  Most people are focused on their immediate needs, finding and keeping a job with benefits and providing for their families.

To remain relevant and regain broad public support, occupational safety and health professionals have to connect their work to people’s everyday lives.  It can be done, it has been done, and here are some examples and directions for the future:

Asbestos has long been an occupational hazard. It was used extensively in the 1940s-60s starting with shipyards in World War II and moving into building materials as fire-proofing. In the mid-1970s, U.S. manufacturers used over 800,000 tons of the stuff every year, even though its dangers were well known by then. In the mid-1980s, OSHA began a rulemaking to crack down on asbestos exposures in the workplace while, at the same time, EPA began developing rules to reduce asbestos exposures in schools. Asbestos in schools and the threat to school children placed asbestos on the front pages and gave it the attention it had long deserved. 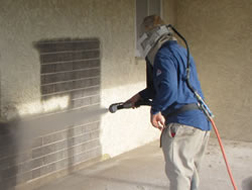 Similarly the hazards of lead (in paint, gasoline, etc.) have been known for hundreds of years, though today we know quite a bit more about the toxicity of low level exposures. Workers have long been getting lead poisoning. In the 1960s, studies showed that lead paint removed from bridge ramps in Boston was contaminating the neighborhood under the ramps and poisoning children. Lead exposure in children was producing learning difficulties and neurological problems. The result was new rules eliminating lead in gasoline and regulating lead paint use and removal.

Noise is a still major hazard for workers with thousands of workers losing their hearing every year from occupational exposures. While there is no move for tighter regulation of noise in the workplace, the public is increasingly sensitive to noise pollution in urban areas, and local noise ordinances have focused new attention on occupational sources of noise, e.g., construction noise. New York City, among others, has issued strict new rules that not only regulate the time of day that noise can be produced but, also, require quieter equipment.

Cranes can be dangerous pieces of equipment, primarily due to crane collapses and contact with overhead power lines. OSHA was working on a new crane safety standard, but progress was slow. Impetus came from several prominent collapses, particularly ones where members of the public were killed (e.g., in NYC). New crane safety rules were eventually issued by OSHA as well as several municipal regulations to tighten crane inspection. Workers may get killed and ignored, but when the public is at risk, action can be swift. 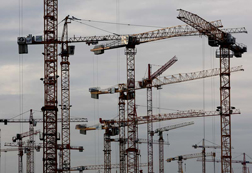 While not everyone is exposed to serious hazards on the job, everyone should have a stake in ensuring a safe workplace for all workers. One way to do that is to show the potential for public exposure. Environmental rules are much more popular than occupational safety and health rules because, in part, so many more people are effected. Some occupational hazards can be brought home on work clothing (e.g., lead and asbestos) and affect family members. This is another way the impact of these hazards is broadened. Ultimately, each serious injury or death affects the worker’s family and friends, meaning that 10 million construction workers at risk may expose as many as 100 million family and friends, over a quarter of the U.S. population. When workers are injured and out of their jobs for extended periods, their personal hardships ripple out in family circles and throughout the general economy.

Exposing workers to hazards hidden behind construction site gates may work for some employers, but the impacts spill over. In our battle for public support of on-the job safety and health, it is useful to show these impacts to widen the realization that occupational safety and health is everybody’s problem.