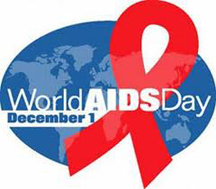 Acquired immune deficiency syndrome (AIDS) seldom makes the headlines these days but that does not mean the fight against this disease is over. While great strides in prevention and care have been made, AIDS continues to exact a deadly toll and, in the United States alone, contributes to billions of dollars in health care costs.

The 24th observance of World AIDS Day, (December 1) finds that worldwide, more than 33 million people are infected with the human immunodeficiency virus (HIV) that causes AIDS. Over a million of these individuals live in the U.S.,and at least one in five is unaware that they have HIV. This increases the likelihood that they will pass the virus on to others.

AIDS has killed over half a million Americans. Every year, more than 18,000 people in the U.S. die of AIDS. Through better understanding of HIV, AIDS-related deaths can be reduced.

What does HIV do?

White blood cells are the body’s defense against disease. Several types exist, each with a specific role. Normally, the white blood cells known as CD4 or T-cells protect against bacteria, fungi and viruses, multiplying to fight them off. However, HIV infects these cells so that when they multiply, they make copies of HIV, rather than themselves, and eventually overwhelm the body’s immune system.

What is Your HIV Status?

Many health clinics offer free testing for HIV and other sexually transmitted diseases (STDs). Go to the CDC’s National HIV and STD Testing Resources websites (www.hivtest.org and www.findstdtest.org) to find a testing facility that is convenient for you. Additional information about HIV/AIDS and STDs is available at these CDC websites:

When first infected with HIV, some people develop flu-like symptoms that last for a week or so. Others have no symptoms and may remain symptom-free for years. However, although they do not feel sick, the virus is quietly multiplying and destroying their immune systems. This increases their risk for cardiovascular disease, kidney disease, liver disease, cancer and unwittingly transmitting HIV to others. AIDS is the final stage of HIV infection, and all untreated HIV infections eventually progress to it.

How is HIV transmitted?

How can HIV be prevented?

Knowing your HIV status can help prevent spreading the virus. The CDC recommends that everyone between the ages of 13 and 64 be tested for HIV at least once or, if they are engaged in risky behaviors, at least once a year. If you have HIV, medical treatment and supportive services can help control the virus so that you do not develop additional health problems. If you are pregnant, treatment can reduce the chance that you will pass the virus to your baby.

The LHSFNA’s poster, Aids Does Not Discriminate, promotes AIDS awareness. It can be ordered through the Publications Catalogue.

More Americans are living productively with HIV than ever before, but this comes with a high price tag. Lifetime HIV treatment for one person runs approximately $360,000, and every year, another 56,000 Americans become infected.

These figures are behind the development of the National HIV/AIDS Strategy (NHAS). Released by the White House in 2010, the NHAS seeks to reduce the number of new infections and increase HIV testing levels by 2015. Achieving these goals will be a challenge, as the NHAS calls for additional funding for HIV education and increasing access to care. At a time when budgets of many federal programs are being slashed, expanded, near-term advances in fighting the disease are unlikely.

Sun Sense is the LHSFNA’s annual awareness campaign about the dang...

A diagnosis of cancer is one of life’s most chilling moments. Each year,...