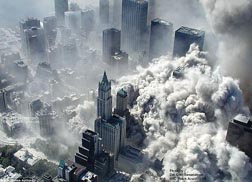 Update (September 30, 2010):  In an unexpected turn of events, the House of Representatives voted yesterday to adopt the James Zadroga 9/11 Health and Compensation Act, an action which, as we describe in the Message below, did not appear likely as we went to press.  This is an important first step toward achieving permanent compensation for the Laborers and others who became sick and disabled as a result of their work in the Ground Zero clean-up.  The bill will now go to the Senate, but with Congress adjourned until after the election, the outcome remains uncertain.  Today’s New York Times has more detailed information.

Partisanship reared its ugly head last month, adding to the suffering that was long ago unleashed by the 9/11 terrorist attack on the World Trade Center in New York.

Last month, we joined Americans and people around the world in remembering the nearly 3,000 innocent people who were killed at Ground Zero nine years ago. While paying respect to these victims, we also recalled the heroic sacrifice of union members who rushed to the scene to save lives or who worked tirelessly for months in the aftermath to clean up the site.

Along with many residents and employees in the area, thousands of these men and women – including many LIUNA members who assisted in the recovery – are sick today with respiratory illness, and some have already died. The surviving victims face an excruciating existence that will require medical care for the rest of their lives. The cost will far exceed their ability to pay.

We had hoped to use this space in this issue of LIFELINES to celebrate the expected House passage of the James Zadroga 9/11 Health and Compensation Act of 2010, a bill that would ensure compensation and health care for these suffering and disabled victims. Unfortunately, after announcing plans to consider the bill during the week of September 20, the Congress spoiled our celebration when last-minute partisan wrangling forced cancellation of the vote.

As Chair of the Steering Committee for the World Trade Center Medical Monitoring and Treatment Program, Dr. Jim Melius – the LHSFNA’s Research Division Director and the Administrator of the New York State Laborers’ Health and Safety Trust Fund – has spent hundreds of hours in Congressional hearings and work behind the scenes to secure permanent federal funding to support these victims. He has found support among Republicans as well as Democrats, but conflicting party strategies heading into next month’s elections made it impossible to conduct a straight, up-or-down, majority vote on the measure.

As a result, permanent funding for the health care of Laborers and others who are suffering in the aftermath of 9/11 will remain unsecured, at least until a new balance of political power is determined following the upcoming elections. While we find this turn of events extremely frustrating, by supporting Dr. Melius’ ongoing efforts, we will continue the drive for compensation for our members and others who risked their lives in a time of unprecedented national need and grief.

As we lament the Congress’ flailing efforts to address this extraordinary concern, we devote much of this issue of LIFELINES to a much more common problem that routinely plagues society and the construction industry:  falls.

Falls are the leading cause of fatal and permanent injuries among Laborers and construction workers in general. They also are the leading cause of accidental death among the non-working elderly. Though readily preventable, these simple tragedies are a persistent threat at home and at work. Yet, with stronger efforts, more innovation and greater concentration, it is possible to eliminate fall hazards, and we need to make that commitment. This issue of LIFELINES is dedicated to spurring fall prevention action across the United States and Canada.

Whether revealed in a single incident of immense proportions or a host of incidents of seemingly small significance, safety – or the lack of it – devastates our social well-being while imposing catastrophic costs on individuals and their families. Across the full spectrum of health and safety concerns, progress is always difficult.

Last month, we almost reached the tipping point for Ground Zero’s suffering survivors. The tipping point in fall prevention is also elusive. On both fronts, we need to reinforce our efforts.